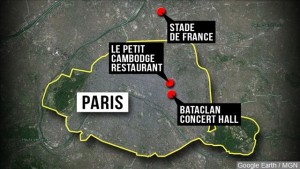 Paris: Over 150 people are believed dead in the multiple, co-ordinated terror attacks that rocked the French capital on Friday evening.

Here are 10 latest developments related to the attacks: