CPC News Today an online news site that has grown out of a passion for the arts, fashion, events, celebrities and entertainment news. CPC News Today is a leading multimedia news, information, advertising and entertainment source for the Los Angeles County and cities within. It is owned by CPC Productions, a California registered company (# 2013174469) providing photojournalism in conjunction with it’s partners and news providers.

CPC News Today has moved up to be regularly invited to “A list” events, ALMA Awards, EMA Awards, The Oscars 23rd Annual Night of 100 Stars, Hollywood Christmas Parade, Premiers and much more. CPC News Today has gained a meticulous reputation with event planners, producers, the press, celebrities and the media industry in Hollywood for being extraordinarily reliable and professional. 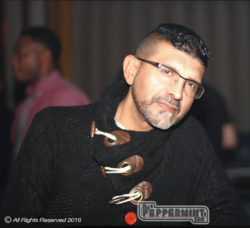 The founder / Producer of CPC News Today is a professional celebrity photographer, and is a well known face around Hollywood premiers, events, celebrities and the fashion industry.

He holds several positions outside of the media industry among them a seasoned realtor and investor with Coldwell Banker Realty, a degree in Computer Technology and Business Administration studies at Cal-State Los Angeles. Founder and CEO of “A Perfect Fifth” a financial / investment phone Application. 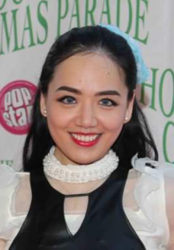 Antonia has joined CPC as Director. She had been a Business  Development Executive growing the Asian Animation Market by connecting investors and distributors throughout Asia at Funtoons Studio. Antonia partnered with the Marshak company and has her own studio, RQ WEST, which produced a remarkable film on world economics and politics. Her film “Accidental Diplomats” was selected by more than 30 film festivals worldwide and won the Best Short Film Awards of 2018.

Antonia speaks five languages and is fluent in Mandarin, Cantonese and English.  Antonia has studied at the Institut de Catholique in Paris, the University of  Southern  California in Los  Angeles,  Guangdong  Pei  Zheng  University, Guangzhou Academy of Fine Art in China , and Lincoln University in Kuala Lumpur. She  holds a Masters in Business Administration (MBA), a bachelor’s degree, and business certificates earned across three continents.  She is currently in a DBA program.

Additionally, Antonia was trained by a famous Chinese master in oil and water color painting since she was four years old.  She went on to study animation design from the animators of the films “Lion King “ and “Who Framed Roger Rabbit“.  Her academic talent extends to photography, piano, violin, ballet, and equitation.
Antonia will impart her artistic and musical passion to brand and develop CPC News Today.

Lily studied linguistics, medicine, and science in Texas and Mexico. She converted her college hours into degrees from various universities and colleges, with her highest level earned being a doctorate from UH.

Lily’s predilection for languages translated into learning technical jargon and being recognized in other fields, including as a winner of the Skirball Essay Contest and being published for work in electroretinography.
Since early childhood, Lily has dedicated thousands of hours to nonprofit programs globally. 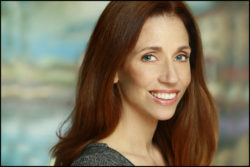 Katherine King is a screenwriter, playwright, singer-songwriter and actress.  She has written five full-length produced plays: Psychic Sink, a multimedia theater piece incorporating film and sculpture, and two musical plays featuring her original music: the Western comedy My Darling Josephine and the mythological allegory Swept Away.   Her 2018 show There’ll Be Some Changes Made Today incorporated songs by Peggy Lee in a cabaret with comedy, short plays and juggling in a comedic walk through women’s past, present and future.  Her fifth play Cafe Society, a historical fiction noir exploring music, politics, marijuana and racism set to jazz standards (with Billie Holiday and Peggy Lee) premieres Spring 2019 at the Santa Monica Promenade Playhouse.

Her recent screen credits include the short films More Cake (2018, Honorable Mention for Best Actress in an Indie film & Best Dark Comedy, Top Shorts and Los Angeles Film Awards), The Syrian Civil War narrative I’m Gonna Tell God Everything (2018, post-production) and the feature films The Last Revenants (2017) and California Coven (2019).  Katherine has also appeared in commercials, print and film, such as Disney’s Boyster, feature films An Axe to Grind, The Downside of Bliss, and Captain Black. 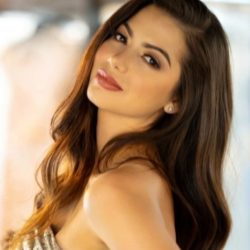 A graduate from Azusa Pacific University (APU) with a degree in communications and the winner of several beauty pageants. An intelligent “Beauty Queen and singer, Katerina Villegas possesses a remarkable ability to connect with a diverse range of music fans. Her faith empowers her as she conducts herself with poise and class, her music is fun and relatable, an her attitude and energy are infectious! Flawless looks, angelic voice and catchy tunes notwithstanding, Katerina radiates the positivity of an emerging star. Her years singing and performing and her numerous beauty contest titles have worked in her favor – she’s on point in the studio and right at home on stage” and interviewing celebrities on the red carpet.