BURBANK, Calif. (AP) — Jay Leno has said goodbye to “The Tonight Show” before, but not like this. The comedian became tearful and choked up Thursday as he concluded what he called the “greatest 22 years of my life.”

“I am the luckiest guy in the world. This is tricky,” said the emotional Leno, stepping down for the second and presumably last time as host of TV’s venerable late-night program. Jimmy Fallon takes over “Tonight” in New York on Feb. 17.

Leno shared that he’d lost his mother the first year he became “Tonight” host, his dad the second and then his brother.

“And after that I was pretty much out of family. And the folks here became my family,” he said of the crew and staff of “Tonight.”

It was a tender finish to a farewell show that was mostly aiming for laughs, with traditional monologue jokes, clips from old shows and a wild assortment of celebrities helping to see Leno off.

Leno first departure came in 2009, when he was briefly replaced by Conan O’Brien but reclaimed the show after a messy transition and O’Brien’s lackluster ratings. In `09, he was moving to a prime-time show on NBC; this time he’s out the door, and has said he’ll focus on comedy clubs and his beloved car collection.

Looking sharp in a black suit and bright blue tie, Leno was greeted by an ovation from the VIP audience. The typically self-contained comic betrayed a bit of nervousness, stumbling over a few lines in his monologue.

He didn’t trip over his opening line, though – a final dig at his employer.

“You’re very kind,” he told the audience. “I don’t like goodbyes. NBC does.”

Leno brought his show full circle with Billy Crystal, who was his first guest in May 1992 and his last guest Thursday. Crystal played ringmaster at one point, calling on Oprah Winfrey, Jack Black, Kim Kardashian, Carol Burnett and others for a musical tribute to Jay with a “Sound of Music” song parody.

In a videotaped segment, celebrities offered career advice to Leno.

“Why would I give a (expletive) about what he does. He’s a grown man,” said Mark Walberg.

President Barack Obama, like other politicians a favorite target of Leno’s, struck back in his clip.

“Jay, you’ve made a whole lot of jokes about me over the years, but don’t worry, I’m not upset,” Obama said, adding that he was making Leno the U.S. ambassador to Antarctica. “Hope you have a warm coat, funnyman.”

Crystal sang Leno’s praises during the show, saying the late-night host made America feel a little better at bedtime and invoking his predecessor, Johnny Carson. Leno’s “Tonight” tenure was second in length only to Carson’s 30 years.

“You were handed the baton by one of the all-time greats. But once it was in your grasp, you ran the race,” Crystal said. He and Leno, longtime friends, reminisced about the old days, with Leno recalling how Crystal and other comedians visiting his town, Boston, stayed in Leno’s apartment.

Leno told how he was poised to make his network debut on Dean Martin’s show in 1974 when news came that President Richard Nixon had resigned in the Watergate scandal. Leno’s appearance didn’t happen.

“Making me the last guy screwed by Nixon,” Leno said.

Garth Brooks performed his touching song “The Dance” before Leno’s farewell remarks. “Now that I brought the room down,” Leno joked, he asked Brooks to lighten it up.

Another Brooks’ song, “Friends in Low Places,” closed out the show.

“It’s going to be difficult to not come in and do a show every day for our audience who has been so great to Jay,” lamented Vickers, the executive producer. “And also hard for this group of people (the staff) who have all been together for 22 years,” said Vickers, who worked on Johnny Carson’s “Tonight” before taking the top job with Leno.

Leno, 63, said he plans to continue playing comedy clubs, indulging his passion for cars and doing such TV work as comes his way – other than hosting on late-night.

“It’s been a wonderful job. This is the right time to leave,” he said last week, and make way for the next generation.

Fallon, 39, starts his “Tonight” Feb. 17, with NBC hoping he rides the promotional wave of its Winter Olympics coverage the next two weeks.

Closing his final show on Thursday, Leno gave a final shoutout. It was to his wife of more than 30 years, Mavis: “I’m coming home, honey!” 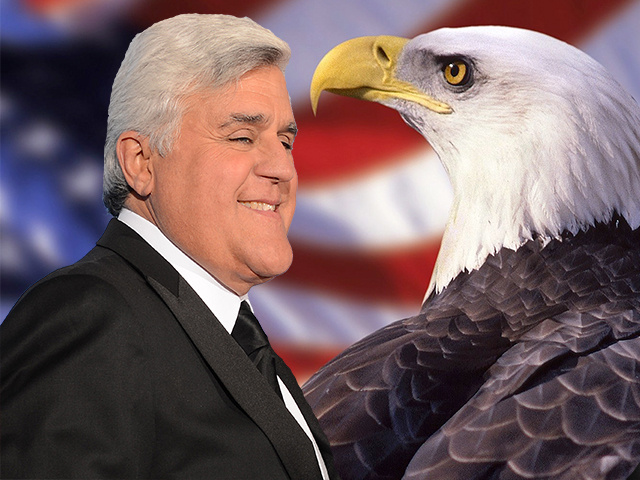 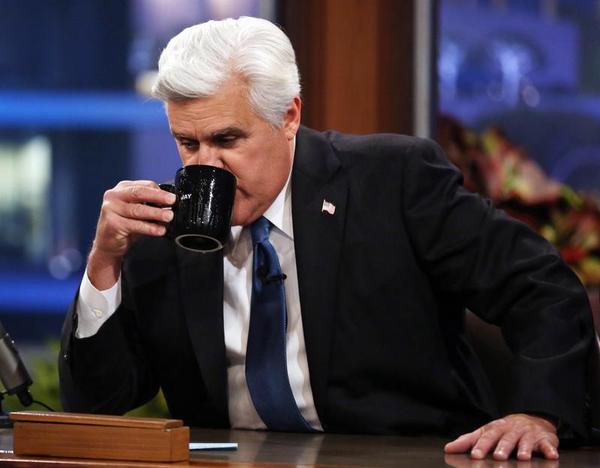 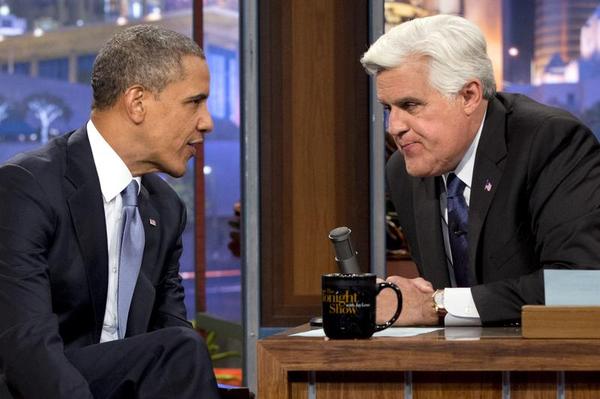 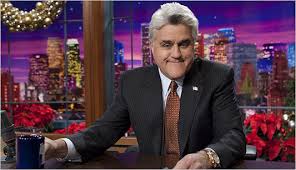 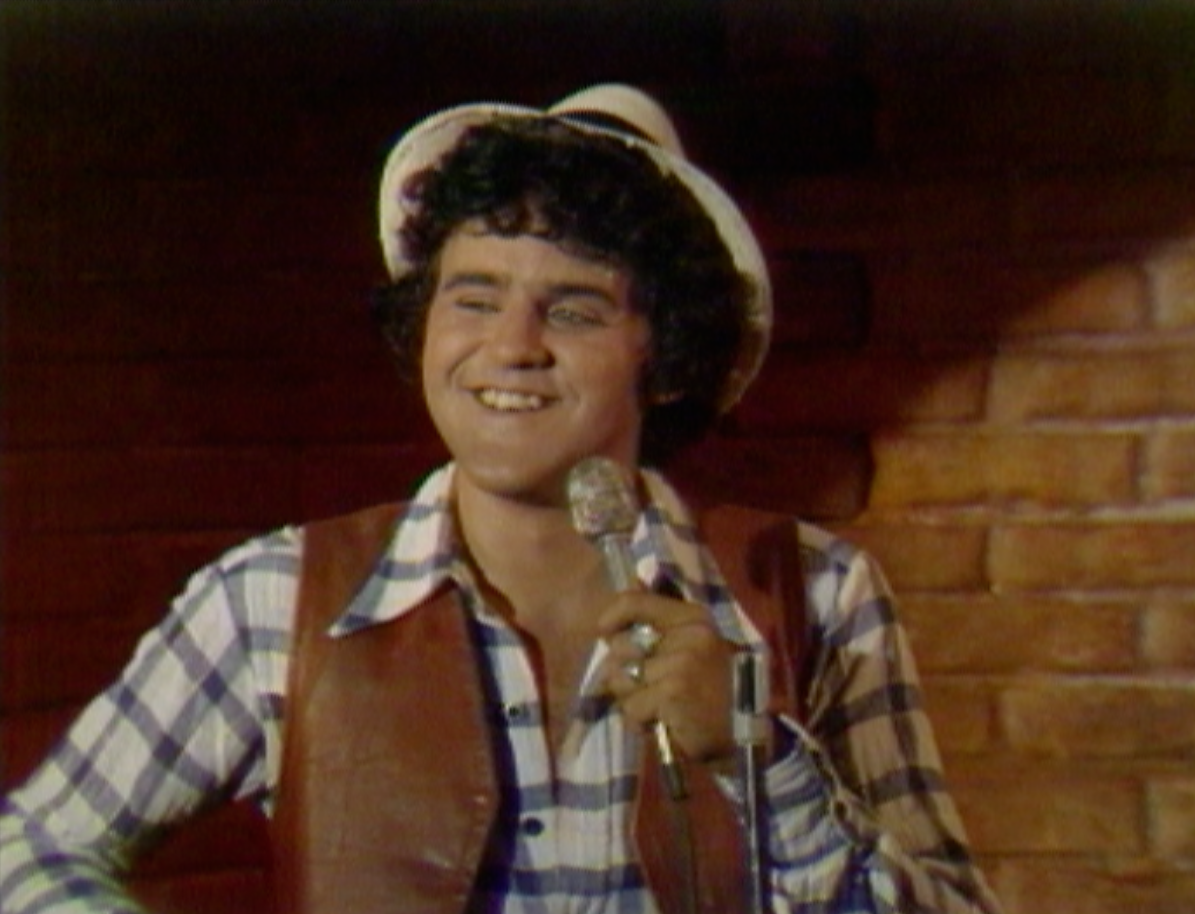 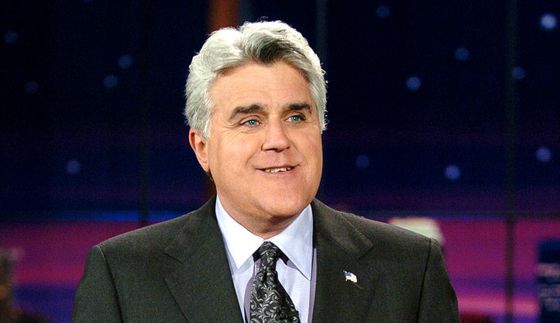