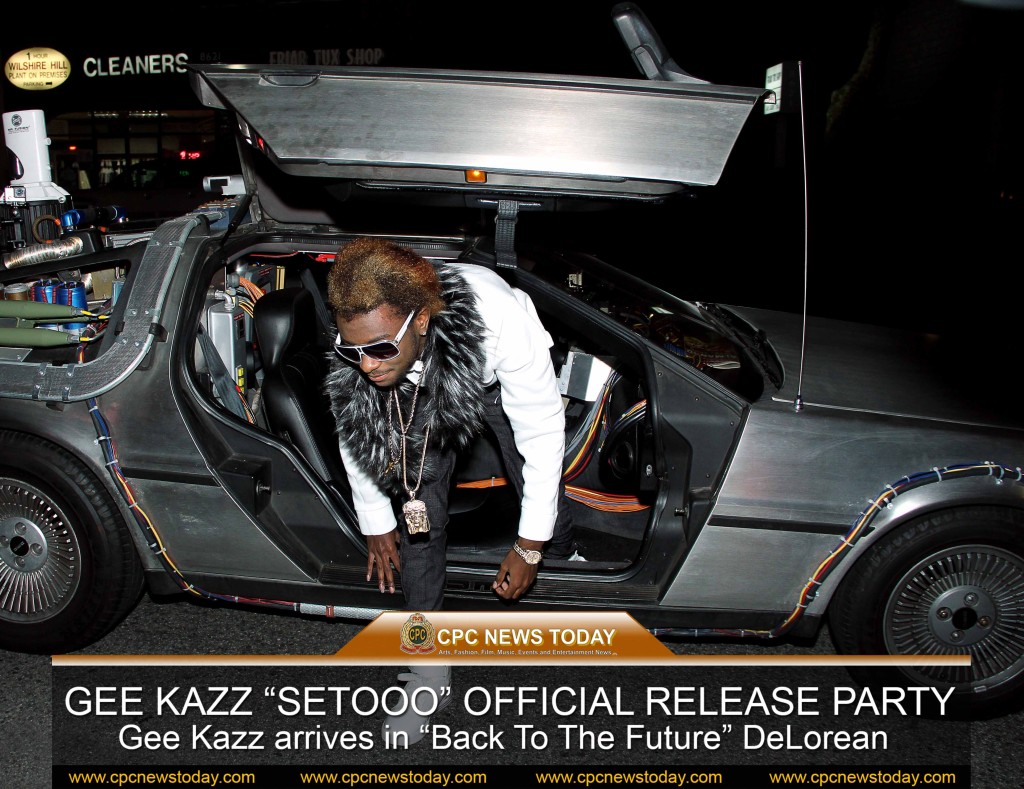 It was a nice warm Tuesday evening and Philippe Chow Restaurant in Beverly Hills was about to be elated by the celebration and arrival of celebrities and friends to the Official Release Party of Gee Kazz latest single : “SETOOO”
Gee Kazz arrived in style aboard the famous 1985 “Back To The Future” DeLorean Time Machine Automobile. 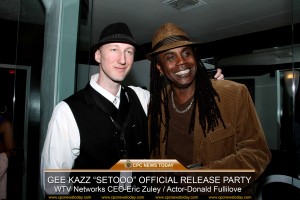 The event organizer and founder of “The EZ Way” (www.ezwaybroadcasting.com)and “WTV Networks” (www.theezshow.com), Eric Zuley posed along with actor Goldie Wilson who played the mayor of Hill Valley in the 1985 movie “Back To The Future”. 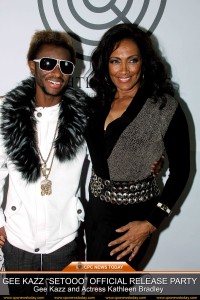 Also in attendance was former “The Price is Right” model and actress Kathleen Bradley who played Ms. Parker in the movie “Friday” with Ice Cube and Chris Tucker. 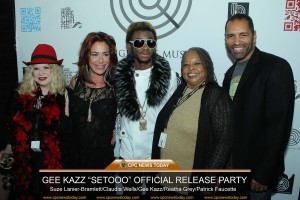 Among other celebrities and friends were: Susan Lanier, an American film, television actress and entertainer known for her role in the TV series “Three’s Company”. Claudia Wells, an American actress who played Jennifer Parker, Marty McFly’s girlfriend in the 1985 film Back To The Future. Reatha Grey also an American actress best know for her role in the funny TV series Betty White’s Off Their Rockers. Patrick Faucette, an American actor with roles in television series such as The Office and Cougar Town.
The evening culminated with Gee Kazz delighting the audience with his performance of “SATOOO”, a job well done.

Article and photos by Carlos Zeron