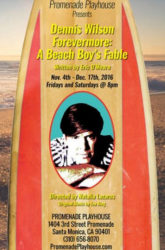 The world premiere of Dennis Wilson Forevermore: A Beach Boy’s Fable: Eric O’Meara debuts as playwright with an ambitious journey through the spectacular highs and lows of Beach Boy drummer Dennis Wilson’s life. Brought to the Santa Monica Promenade Playhouse under the direction of Natalia Lazarus, it portrays Dennis’s life as the intense, beautiful, and short-lived burst of light of a falling star in the night sky.
O’Meara, fascinated with the sights and sounds of 60’s era California beach culture, quotes band member Carl Wilson on why the Beach Boys’ music is so iconic to that generation: “Our music is an expression of joy, and a celebration of life, on a very basic level that everyone could connect to”. The life of Dennis Wilson was a perfect inspiration to capture the era, according to O’Meara: “[Dennis] was a living expression of California during the 1960s—the surfing, cars, girls, the romance, and the rebellion; that wild, uncontrolled, let-it-fly, manifestation of freedom”.

The play explores a darker side to the personal history the Beach Boys, which is likely unfamiliar to audiences who know them best for such lighthearted tunes as “California Girls” and “Good Vibrations.” Dennis, Brian, and Carl Wilson’s father, Murry, who served as their first manager, was often abusive, particularly to Dennis, and was finally kicked out of his sons’ professional life as the band grew in popularity. 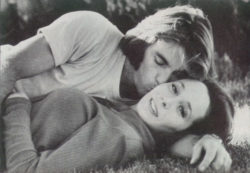 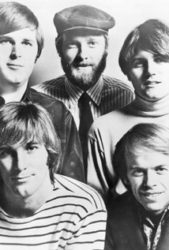 Dennis’s womanizing was the “stuff of legend…every male adolescent fantasy” relates O’Meara, but it also brought the musician instability and heartache, and a descent into drug and alcohol abuse mirrored the demise of many rock and roll legends. The play highlights a particularly notorious friend, none other than Charles Manson, and the wild, Hollywood parties they had during the summer of 1968 at the Will Rogers Cabin that Dennis rented on Sunset Boulevard. An aspiring musician himself, Manson solicited Dennis’s help but was nevertheless rejected by the music industry. His infamous story ended with a series of brutal slayings, but not before his tune “Cease to Exist” ended up on the Beach Boys’ 20/20 album, credited solely to Dennis. 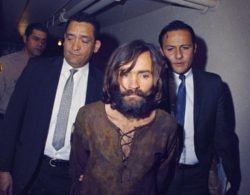 Charles Manson being escorted by police

More fascinated than daunted by the plenitude of dramatic material that made up Dennis’s life, O’Meara says his writing challenges came once the play was in pre-production. One week before rehearsals, one of Dennis’s ex-wives, an integral character to O’Meara’s script, contacted him to say that she did not wish to be represented in the play. This news necessitated a massive rewrite. Once that hurdle had past, another one presented itself: midway through rehearsals, running time was coming in at well over three hours. “No writer is ever happy with cuts to his material,” laments O’Meara. “I can tell you wholeheartedly, I fought for key scenes…and those scenes remained in the play.”
Unexpected rewards often come from taking on a challenge. O’Meara read Scott Wilson’s book, Son of a Beach Boy while writing the play and connected with Scott’s own story relating the crazy, good times he had with his dad, Dennis Wilson. They became friends and O’Meara says, “I now consider Scott Wilson my friend and brother—a truly sensitive, genuine, kindhearted, human being.” 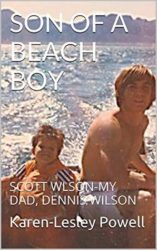 Scott Wilson has held book signings of Son of a Beach Boy after several performances. The play has also been attended by Carl Wilson, Dennis’s son by his wife Barbara Charren, as well as Bobby Figueroa, a keyboardist and percussionist for the Beach Boys.

Will there be more special visitors from Dennis Wilson’s life in the audience? O’Meara, muses, “Let’s see.” 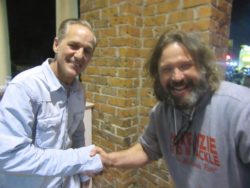 They have one more chance. Beach Boys, their family, friends, fans, and the general public can catch the play before it closes this weekend. 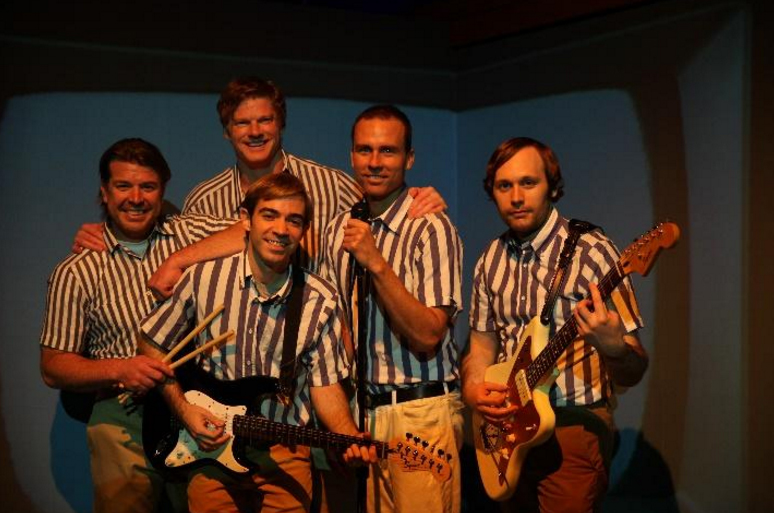 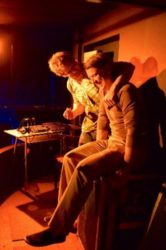