In its second year, the annual City Gala fundraiser took place on the evening of the 59th Annual Grammy Awards. City Gala has expanded to a two-day event to accommodate a growing roster of celebrity and industry speakers and sponsors, John Travolta, Halle Berry, Quincy Jones, Russell Simmons, John Paul DeJoria and many more, all joined by the common purpose of raising funds and awareness for selected charities and causes. 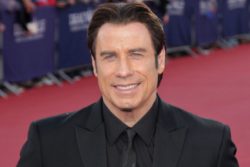 The vision of the City Gala, advancing community through humanitarian events, is expanding further in 2017. Now in its second year, the annual City Gala fundraiser took place on the evening of the 59th Annual Grammy Awards. The City Gala has expanded its program and is becoming a two-day event, to accommodate a growing roster of celebrity and industry keynote speakers and sponsors, joined by the common purpose of raising funds and awareness for selected charities and causes. 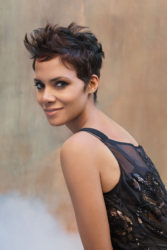 On the heels of prior keynote speakers and celebrity participants Sir Richard Branson, Jane Seymour, James Cameron, Charlize Theron, Sean Penn, Halle Berry, Tyrese Gibson, Ne-Yo, Gene Simmons and many others . The City Gala is pleased to announce that actor John Travolta will participate as the special guest speaker at the 2017 event.

John Travolta’s passion and accomplishments in philanthropy are renowned. In 2009, Travolta and his wife Kelly Preston established the Jett Travolta Foundation in honor of their son. Through this foundation and elsewhere he has supported a spectrum of causes including Children with AIDS, the End Hunger Network, and efforts for animal rescue.

“I am extremely pleased to address this tremendous assembly of top businesses and individuals who are acting as champions for positive change,” Travolta said. 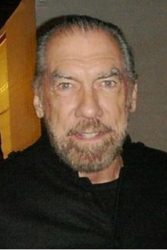 Jeff Timmons, of the Grammy-nominated pop group 98 Degrees, will return as the 2017 emcee. The keynote conversation with Travolta will be moderated by best-selling author Greg S. Reid.

On February 11, the City Summit commenced at 8:00am at the USC Tower in downtown Los Angeles (formerly the AT&T Building) with red carpet photos, plenary presentations, networking and a silent auction, with activities proceeding through the day and into the evening. 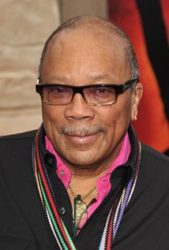 Says City Gala founder and executive producer Ryan Long, “We are tremendously honored to present the 2017 program in support of the International Arts & Philanthropy Foundation, which provides funding to a variety of selected initiatives including the support of arts, education, early childhood development and youth mentorship programs, as well as the Breed Life organization which supports and facilitates the gift of life through live organ donation.”

Since its inception in 2015, the City Gala program has raised funds and awareness in support of non-profit, charitable organizations. Based on its success, the program has expanded in 2017 to include the City Summit, a full-day and evening entertainment and networking experience that brings together the highest level of entertainment and business leaders in a common agenda of social consciousness, achievement, and a dedication to giving forward to worthy humanitarian programs throughout the world.

The City Summit is a business conference and networking event that took place on Saturday February 11th at the USC Tower – South Park Center. Red Carpet for the Summit began at 8:00 a.m.