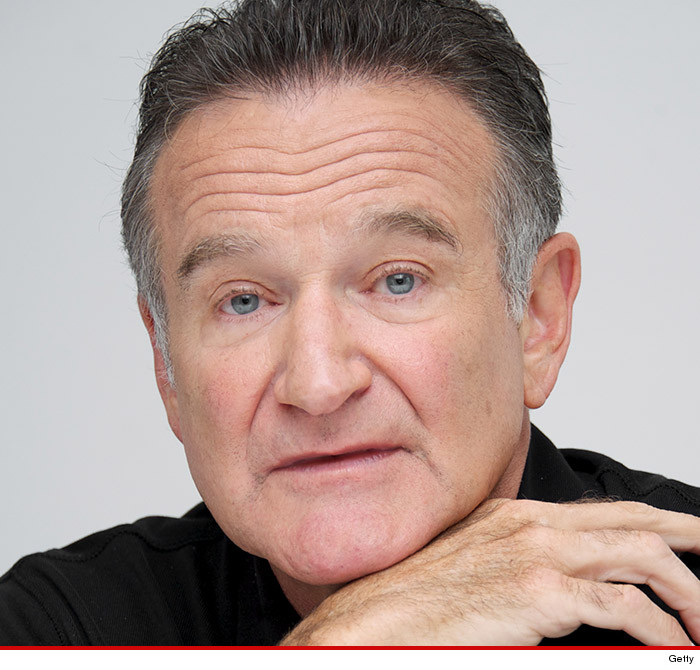 “Actor Robin Williams has died at 63.
The cause of death is thought to be suicide by asphyxiation.

Williams had reportedly been battling depression, according to a statement from his press representative.

Here’s the release from the Marin County Sheriff’s Office:

On August 11, 2014, at approximately 11:55 am, Marin County Communications received a 9-1-1 telephone call reporting a male adult had been located unconscious and not breathing inside his residence in unincorporated Tiburon, CA. The Sheriff’s Office, as well as the Tiburon Fire Department and Southern Marin Fire Protection District were dispatched to the incident with emergency personnel arriving on scene at 12:00 pm. The male subject, pronounced deceased at 12:02 pm has been identified as Robin McLaurin Williams, a 63 year old resident of unincorporated Tiburon, CA.

An investigation into the cause, manner, and circumstances of the death is currently underway by the Investigations and Coroner Divisions of the Sheriff’s Office. Preliminary information developed during the investigation indicates Mr. Williams was last seen alive at his residence, where he resides with his wife, at approximately 10:00 pm on August 10, 2014. Mr. Williams was located this morning shortly before the 9-1-1 call was placed to Marin County Communications. At this time, the Sheriff’s Office Coroner Division suspects the death to be a suicide due to asphyxia, but a comprehensive investigation must be completed before a final determination is made. A forensic examination is currently scheduled for August 12, 2014 with subsequent toxicology testing to be conducted.

Williams is known for his roles in “Good Will Hunting,” “Mrs. Doubtfire,” and “Hook.” He won the Oscar for Best Supporting Actor for his work in “Hunting.”

This morning, I lost my husband and my best friend, while the world lost one of its most beloved artists and beautiful human beings. I am utterly heartbroken. On behalf of Robin’s family, we are asking for privacy during our time of profound grief. As he is remembered, it is our hope the focus will not be on Robin’s death, but on the countless moments of joy and laughter he gave to millions.

Robin Williams passed away this morning. He has been battling severe depression of late.

This is a tragic and sudden loss. The family respectfully asks for their privacy as they grieve during this very difficult time.”

The comedian killed himself in Tiburon, in Northern California.

According to the Marin County Sheriff’s Office … authorities found William’s body inside his home. They say he was found unresponsive.

He was unconscious and not breathing and the coroner suspects suicide due to asphyxia.

Williams was last seen alive at his house at 10 PM Sunday night.

Robin went back to rehab last month to focus on his sobriety. We’re told alcohol was an issue.

Williams struggled with cocaine and alcohol abuse in the early ’80s but was sober for 20 years.

Robin’s wife, Susan Schneider, says, “This morning, I lost my husband and my best friend, while the world lost one of its most beloved artists and beautiful human beings. I am utterly heartbroken.”

Williams was 63.” Courtesy of TMZ

“Oscar winner and comedian Robin Williams died this morning at 63. While his publicist wouldn’t confirm that his death was a suicide, a rep did issue this statement. “Robin Williams passed away this morning. He has been battling severe depression of late. This is a tragic and sudden loss. The family respectfully asks for their privacy as they grieve during this very difficult time.”
Williams, who won an Oscar for his supporting role in Good Will Hunting, will reprise his role as Theodore Roosevelt in the third installment of Night at the Museum this December. He had recently signed on to reprise his beloved role as Mrs. Doubtfire in a sequel to be directed by Chris Columbus, and was last seen opposite Annette Bening in the indie film The Face of Love. His sitcom The Crazy Ones premiered on CBS last fall, but was not picked up for a second season.
According to a press release issued by the Marin County Coronor’s office, the Sheriff’s office suspects the death to be “suicide due to asphyxia.” The 9-1-1 phone call came in just before noon today.
Update: Fox, which will release the third Night at the Museum film, has issued the following statement: “There really are no words to describe the loss of Robin Williams. He was immensely talented, a cherished member of our community, and part of the Fox family. Our hearts go out to his family, friends and fans. He will be deeply missed.”
Courtesy of Entertaiment Weekly 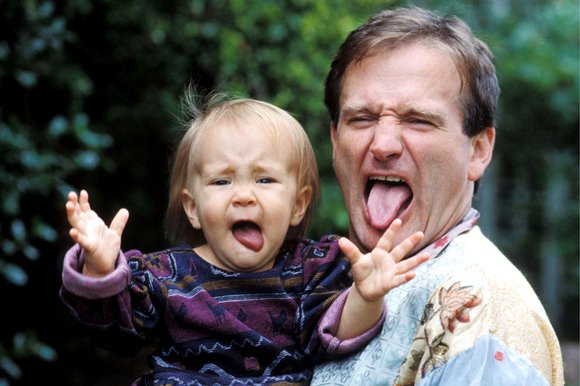 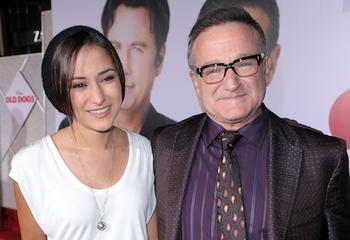 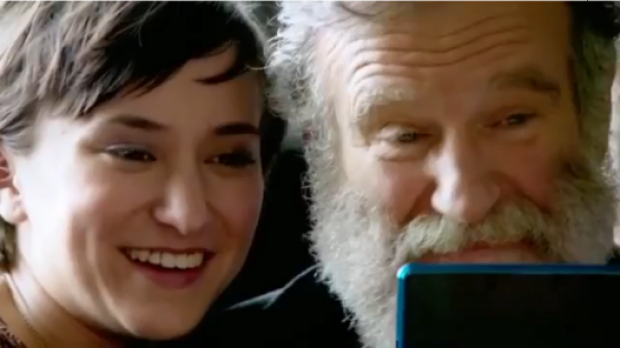 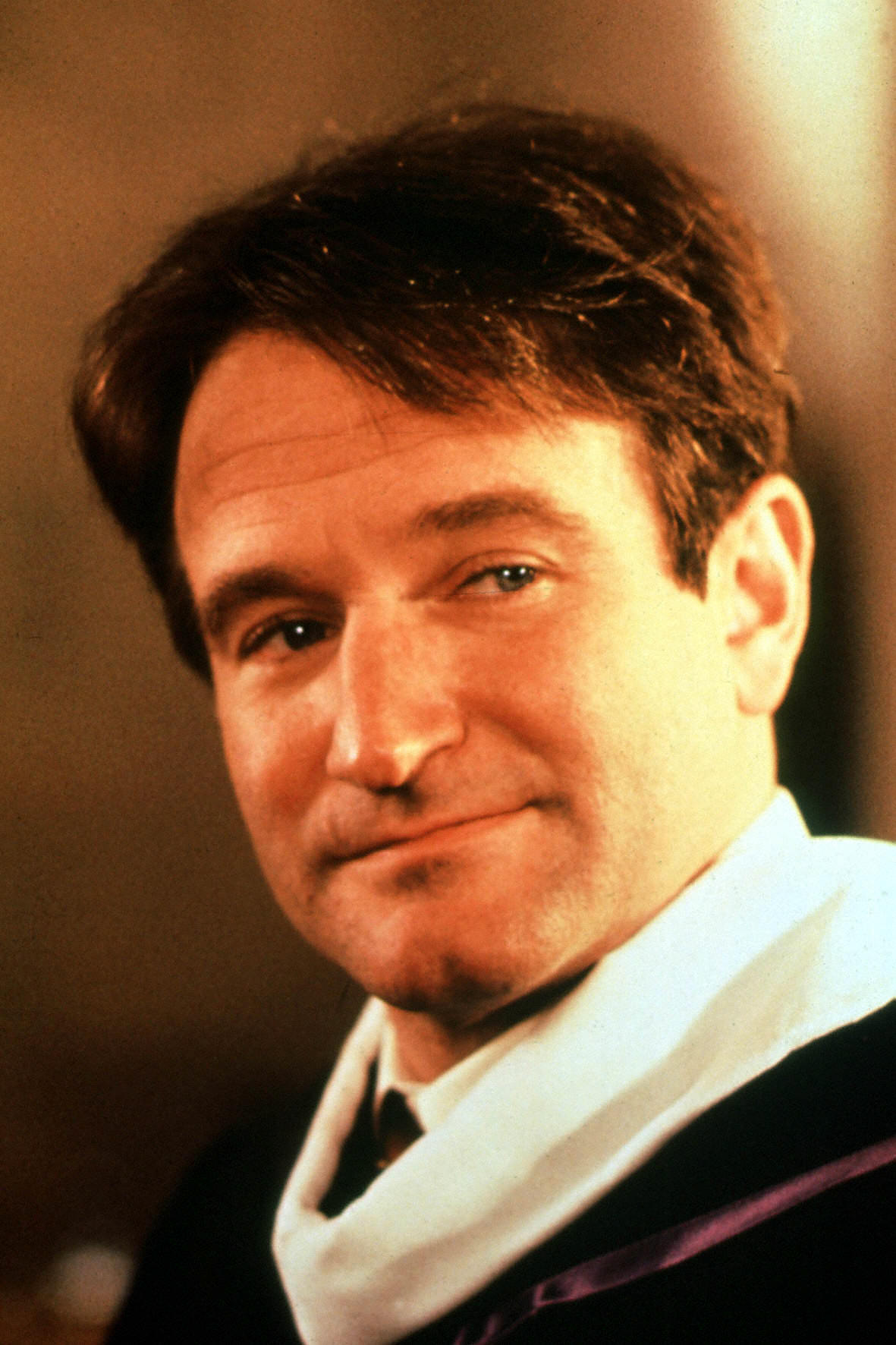